The Harmony Quartet is celebrating its 31st year in the ministry. David Smith (tenor/Pianist) and Duane Daniel (Bass) have shared the stage for the last 19 years and have been joined by JD Meeker (Baritone) and Rob Boyles (Lead) both from Weatherford TX. Together we feel blessed by God to travel and share the message to churches, and concert venues letting everyone know that God loves you and the He is still on the throne! We love Southern Gospel Music as well as the old Hymns and we will always sing this style. Our goal is to uplift, encourage and to see as many souls added to the kingdom as possible. We've seen salvations increase so much lately that we think Revival is upon us!

In 1996 the group was elected to the Historic Grapevine Opry's Hall of Fame. Of the many memorable venues and performances the group has had the opportunity to perform; Dr. James Dobson's Focus On The Family campus, Advocare International National Conference, Prestonwood Baptist Church, Zig Ziglar's Bible Study, National Quartet Convention -Heavensound Showcase 2001 In 2019, the group received the 2019 "GROUP OF THE YEAR award from The Southern Gospel Music Association of Texas, nearly 30 years after the formation of the group.

The group are current members of SGMA of Texas and  www.Heavensound.com 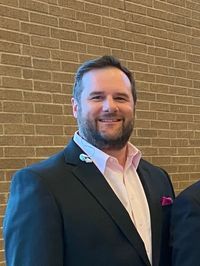 ROB BOYLES: Lead
Rob is from Weatherford TX, and loves ministering to people through song. His wife and two children support his ministry and he is a wonderful addition to Harmony. His unique voice makes him a recognizable presence in a world that needs to hear the gospel!

DUANE DANIEL, Bass
Duane began his singing career at the age of 16, singing bass for the Calvary Boys of Dallas, TX. He traveled and sang with the Calvary Boys across the nation for over 10 years and sang on many albums produced by gospel greats such as Ben Speer, Eldridge Fox and Anthony Burger.
While with the Calvary Boys, Duane shared the stage with gospel music legends, such as the Cathedrals, the Kingsmen, Gold City, The Perry's, the Hemphills, the Florida Boys and J.D. Sumner and the Stamps. Duane left the Calvary Boys to become a team leader of his church youth group and was there until just before joining the Harmony Quartet in 2002.

DAVID SMITH Tenor/Piano/Arr.
At a very early age, David discovered his love of old time Southern Gospel by listening to the music of the Statesmen and Blackwood Brothers. He began playing the piano at the ripe old age of 12. One Sunday morning (about that time) while at a church service in Wills Point, TX David was encouraged by his mother to let Christ come into his heart. David, like many of us, said, "Can't I wait until tonight?" His mother told him that we are not sure we have tonight. So David, (remembering his mother's driving ability) realized that she might just be right and knelt at the alter that morning and asked Jesus to come into his heart.
David has had the privilege of sharing the stage with many gospel greats as well. He has performed with The Dove Brothers, Jake Hess, Danny Funderburk and the Happy Goodmans. In August of 2000, during a request time at Will Rogers Auditorium in Ft. Worth, TX, David was called up on the stage to request a song by the Goodmans. Well, anyone who knows David knows he took it one step further and not only requested "The Lighthouse" be he also told them that he wanted to play it for them as they sang it. ell...they let him, and the audience loved it. That is definitely a special memory to have in your life. In addition to playing the piano, David also writes music, arranges nearly all of the group's music and sings tenor with the group.

HOWARD WALLEY Road Mgr/Product Sales/Sound
Howard Walley is a multi-year veteran of southern gospel group management, having traveled with The Toney Brothers for nine years, followed by a stint with The Relations Quartet and Paul's Journey for eleven years.. He joined the Harmony Quartet in 2012. Howard and his wife (Betty) and son (Samson) live in the Ft. Worth suburb of Everman, TX. 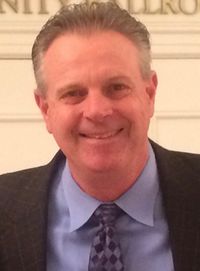 JD Meeker has spent almost his entire life singing.  He comes from a long line of Gospel singers.  His Father and Mother were two of the original LONE STAR Quartet. He began singing at 6 years old and was allowed to tour at age twelve. It was at 12 the family group THE MEEKERS put him on their record "Get All Excited".  He was saved at age 6 in an old Brush Arbor Revival and at 16 committed his life to singing the gospel message. Since that time, he followed the Lord's Leading for over 40 years of music. He has traveled with The Meekers, Heirborne, Meeker, Heath & Reynolds, and multiple solo events.

He and his wife Didi are the Owners of The Texas Star, Ranch and Retreat Center in Weatherford, Tx.  He has 3 children: Lacy Lain, (Caleb), Landon Meeker (Melissa), and Libby Hutchinson (Joseph), and 4 grand children, Harlow, Sparrow, Laylah, and Israel.

JD and Didi worship at Northside Baptist Church where they are both involved in the Music ministry.  JD said "I've never been more excited about singing than I am right now.  Joining the Harmony Quartet has been an answer to prayer and Communicating the Gospel through song is what I was called to do."