Thank you for your interest in hosting The Harmony Quartet. We have placed some general info on this page for publicizing your event. For additional info: contact dandrews1@msn.com

You are  an instrumental part of our ministry to carry the message of our Lord Jesus across the country. We are seeing lives changed as many accept the gift of  eternal life in a world that is dying.

This year we are traveling with our latest CD, that includes many familiar hymns, revitalized by THQ. Our pianist/tenor David Smith has done a masterful job of taking your favorites and arranging them in a grand collection of Christ honoring music, entitled “MADE NEW” .

In closing, if you have already made booking arrangements for your service with The Harmony Quartet, we thank you.

SHORT BIO- Since 1990, The Harmony Quartet has been singing the life changing message of Jesus Christ to churches and concert halls across the nation. Their energy, humor and sensitivity to the working of the Holy Spirit during their concerts have endeared them to southern gospel audiences everywhere.
EXPANDED BIO- The Harmony Quartet was formed in December of 1991; a quartet ministry of Richardson Church of the Nazarene in Richardson, TX. The original members were Rick Legg, Bari,; John Fulton, Tenor; Andy Edwards, Lead and Dan Andrews, Bass. In the 25 year history of the quartet, personnel contributions have been many and varied. Founding member , Dan Andrews has sung continuously with the quartet since 1991, first singing bass ( on The Harmony Quartet and Not Givin' Up recordings), and then transitioning to baritone for the remainder of his 25 year career with the group. Current members are veteran Bass singer, Duane Daniel, who began singing with the group in 2002; David Smith, Pianist/Tenor , who also started with the group in 2002 (first as pianist, then as pianist/tenor in 2011). In 2015 lead singer Jay Meadows was added to the roster.The group has performed on concert stages and in churches from coast to coast, including performances with legendary southern gospel entertainers as, The Singing Speer Family, James Blackwood, The Dove Brothers, The Bishops, Danny Funderburk, Ann Downing, The Old Time Gospel Hour Quartet, Greater Vision, Texas gospel Hall of Fame group The Wills Family, and internationally known comedian Jerry Clower. In 1996 the group was elected to the Historic Grapevine Opry's Hall of Fame. Of the many memorable venues and performances the group has had the opportunity to perform; Dr. James Dobson's Focus On The Family campus, Advocare International National Conference, Prestonwood Baptist Church, Zig Ziglar's Bible Study, National Quartet Convention -Heavensound Showcase 2001 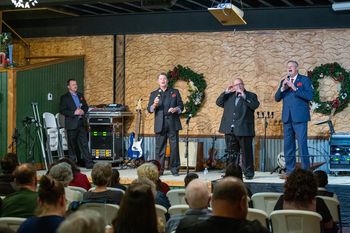 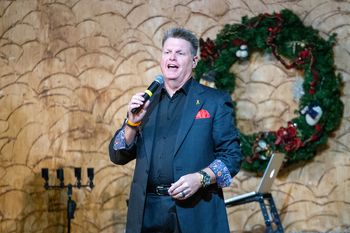 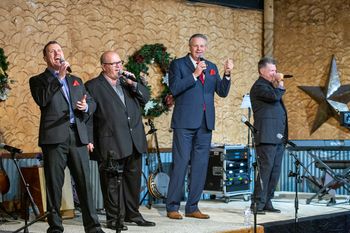 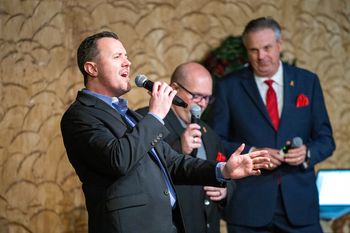 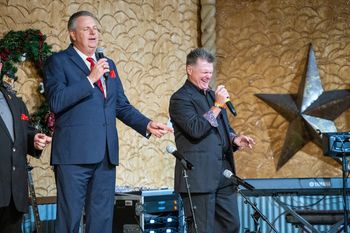 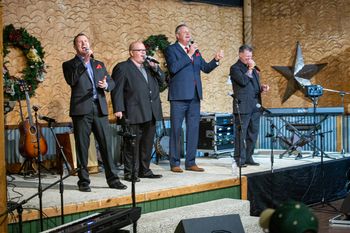 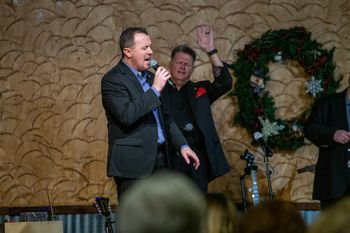 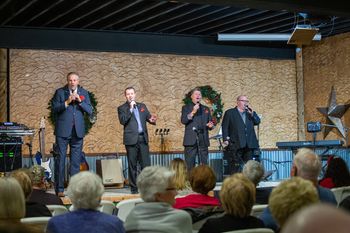 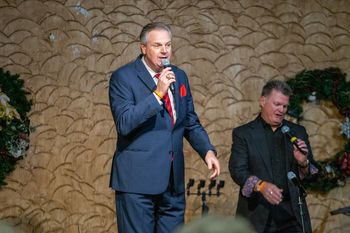 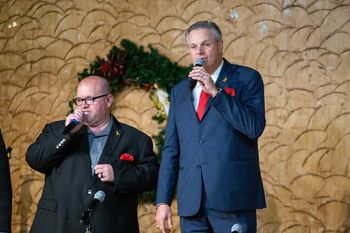 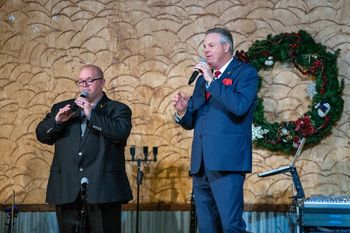 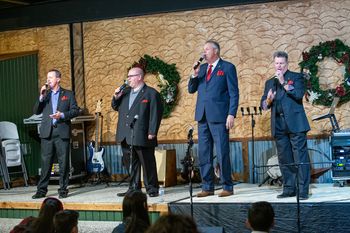 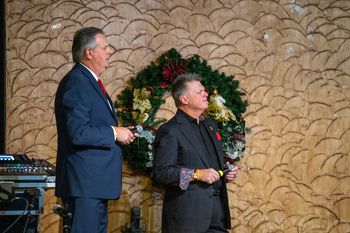 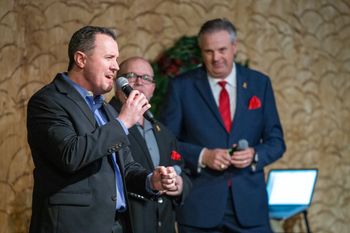 Black and White Downloadable event poster Use this to promote your event 11 MB
Downloadable Harmony Quartet Color Poster Download and use for your event 27.6 MB